When Busara Promotions, the organisers of the Sauti za Busara International Music Festival, Zanzibar’s premier music festival, announced on March 23 that this year’s edition of the annual extravaganza was to be the last for a lack of funding, it was proof of the financial burden of organising music and other festivals in the region, where long-term local financing is hard to come by across all sectors … read more

Pennyroyal Limited, the developers of Blue Amber Zanzibar and Busara Promotions on Tuesday, March 29 signed a three-year sponsorship deal that will see the festival’s continuity and sustainability. The sponsorship which is set to take care of the festival’s operational cost is worth some $120,000 annually and will be issued on a quarterly basis. And with the assurance of core funding, the festival has announced the dates for the 2023 festival which is set to take place from February 9 to 12 … read more

The 19th edition of Sauti za Busara has been held in Zanzibar with a specific focus on fostering women in music.

The 19th edition of Sauti za Busara, one of Africa’s finest music festivals reached its peak at the weekend with a taste of Singeli – Tanzania’s music melody – and a message of hope from the government for the continuity of the extravaganza …read more 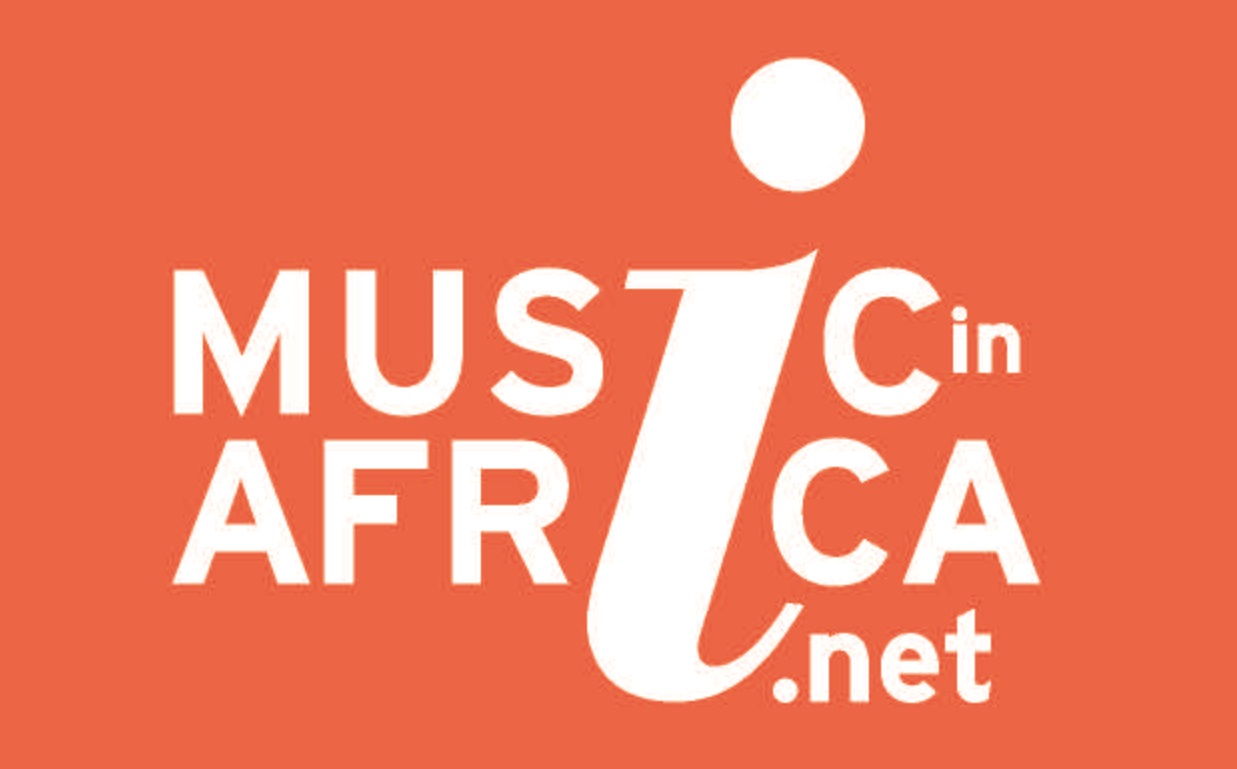 This year’s Sauti za Busara festival was held under the theme, Paza Sauti: Amplifying Women’s Voices. In his opening remarks, festival director Yusuf Mahmoud noted that in the hands of the right people, microphones are “our weapon to fight injustice, to build peace and unity across borders.”…read more

From February 11 through February 13 all roads will lead to the Zanzibar archipelago, hosts of Sauti za Busara, an African music festival that will offer an exciting line-up of talented artists from east and southern Africa, with a special priority on women artists from Tanzania, Uganda, South Africa, Zambia and Congo-Brazzaville … read more 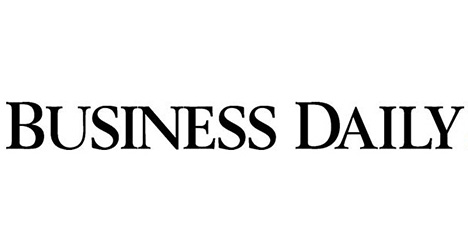 Even as many music festivals were cancelled in the last two years, amid health and safety restrictions, travel complications, and scarcity of funds for the arts, one event defied the odds and continued with live physical performances in 2020 and 2021. Organisers of Sauti za Busara, one of the region’s most popular music festivals are confident that the resilience of staging events in the last two years of the pandemic will stand them in good stead as they prepare to welcome performers and visitors to Zanzibar next weekend for three days of live music by some of Africa’s biggest music stars… Read more

Sauti za Busara calls on businesses to leverage on its brand

Sauti za Busara chairman Simai Mohamed Said has called on businesses on the Isles and Tanzania in general to leverage on its brand given the festivals growing allure over the 19 years. He was speaking at a news conference held in Stone Town Zanzibar where the festival is expected to take place from February 11 to 13. … read more

The 19th edition of Sauti za Busara festival is only five weeks away as fans across the world look forward to converge at a unique setting as African music rocks the walls of Stone Town from Friday, February 11 to February 13. As always, the festival shines a spotlight on live music from across Africa, including young and upcoming talents laying  a special emphasis on female performers from Tanzania, Uganda, South Africa, Congo and Zambia … read more

Sauti za Busara, one of the biggest and most diverse live music festivals in Africa, returns to Stone Town, Zanzibar, in February 2022 to celebrate 19 years of entertaining and inspiring diverse audiences, and facilitating collaboration and exchange between local and international musicians. From 11 to 13 February, SzB will feature a diverse line-up of musicians and a carefully curated programme that will celebrates the more experimental side of live music. The upcoming edition will run under the theme, Paza Sauti: Amplifying Women’s Voices, aimed at promoting gender equality on festival line-ups and in the entire creative sector … read more

With the continent in various stages of COVID-19 lockdown, we took the opportunity to speak to the directors of five of Africa’s biggest music festivals ­– Afrochella (Ghana), Cape Town International Jazz Festival (South Africa), Festival Timitar (Morocco), MTN Bushfire Festival (eSwatini) and Sauti za Busara (Tanzania) ­– about their mission and aims when starting out, the importance of partnerships, building a festival brand, and how they have adapted to the COVID-19 pandemic … read more

Applications are now open for the 2022 edition of Sauti za Busara festival in Zanzibar, Tanzania, to be held from 11 to 13 February. The annual festival increases the visibility and accessibility of the live African music sector, develops skills and opportunities for music professionals and strengthens regional and international networking for artists. … read more

“Zanzibar, are you ready?” yells the singer from the stage.There’s a huge cheer. It seems the crowd – and it is a crowd – is certainly ready. In shades, a flat cap and dreadlocks down his back, singer Barnaba Classic is on stage at Zanzibar’s Sauti za Busara festival. Over from Dar es Salaam, Barnaba is a big star in Tanzania and is headlining the festival’s first night after seven hours of music. … read more

East Africa’s favourite festival Sauti za Busara was held at the historic Old Fort in Stonetown, Zanzibar, on 12 and 13 February. It brought together artists from South Africa, Algeria, Uganda and Tanzania for a weekend of eclectic performances under the theme, Alive & Kickin …read more

Zanzibar. The 18th edition of the Sauti za Busara came to hilarious climax on Saturday night after two days of performances that brought life to the Old Fort and Stone Town. Featuring an array of artistes who were performing for the first time on the iconic stage, the festival brought back distant memories of pre-pandemic years when the setting was a melting point of African culture. Singeli artist Dullah Makabila was a special attraction as he got the audience dancing to the final climax … read more

Sauti za Busara festival organisers have officially launched the Mazingira Yetu, Maisha Yetu (Our Environment, Our Life) campaign. Festival founder Yusuf Mahmoud, who was recently named the new chairperson of the @Music In Africa Foundation, said the campaign would increase awareness through dialogue and educational drives on the dangers of ocean pollution, single-use plastic, deforestation, overfishing and other regional concerns. … read more

Music In Africa Foundation elects new board and chairperson 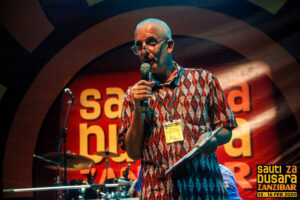 The Music In Africa Foundation elected a new board at its recently held eighth Annual General Meeting. Due to the COVID-19 pandemic and cancelation of the ACCES music conference, where the AGM is traditionally held, the meeting took place virtually, with members of the Foundation casting their votes to elect a new board. The members on the board, representing the music scenes from different regions, are new chairperson Yusuf Mahmoud (Tanzania/Zanzibar), deputy chairperson Maimouna Dembélé (Senegal) … read more

Sauti za Busara has unveiled the line-up of artists who will perform at its festival in Stone Town, Zanzibar on 12 and 13 February 2021. The musicians were selected from more than 400 submissions from across the continent, Indian Ocean islands and the African diaspora. Selected artists include … read more

Interview with director of the pan-African music festival Sauti za Busara (Sounds of wisdom), which is celebrated in Zanzibar, Tanzania, since 2003. Connecting with Pacific Music Festival Petronio Álvarez and other African music festivals across UK and Brazil, with thanks to the British Council Colombia. (English y espanol) … read more

With new leadership in Zanzibar after October’s elections, Sauti za Busara intends to lobby government authorities to support arts and culture. Festival director Yusuf Mahmoud says for this to happen “we need to prove with unquestionable data the many ways that music and the arts contribute to society.

The music must go on! #SOULIDARITY for African musicians – Official Trailer

Sauti za Busara (SzB) is one of the few African music festivals that held an in-person event in 2020. This was just before COVID-19 restrictions on international travel and public gatherings were introduced around the world in March and April. The organisers have now announced that the 2021 edition will go ahead but with a modified programme, new dates and a reduced number of … read more